If the elephants have past lives, yet are destined to always remember,
it's no wonder how they scream,
like you and I, they must have some temper.
And I am dreaming of them on the plains, dirtying up their beds,
watching for some kind of rain to cool their hot heads.
And how dare that you send me that card when I'm doing all that I can do.
You are forcing me to remember when all I want is to just forget you.
If the tiger shall protect her young, then tell me how did you slip by.
All my instincts have failed me for once -- I must have somehow slept the whole night.

And I am dreaming of them with their kill, tearing it all apart,
blood dripping from their lips, and teeth sinking in too hard.
And how dare that you say you will call, when you know I need some peace of mind..
If you had to take sides with the animals, won't you do it with one who is kind?

If the hawks in the trees need the dead, if you're living you don't stand a chance.
You can lie there and say you are fed, but there are only two ends to this dance.
You can flee with your wounds just in time, or lie there as he feeds,
watching yourself ripped to shreds and laughing as you bleed.

So for those of you falling in love, keep it kind, keep it good, keep it right.
Throw yourself in the midst of danger, but keep one eye open at night.

'Warner Bros. Records will release Rachael Yamagata: A Record In Two Parts…Elephants and Teeth Sinking Into Heart on October 7th, 2008. The CD, as its title suggests, contains two parts. The first, Elephants, is the darker and more vulnerable of the two. It plays like a film score, with orchestral transitions that expand as the songs progress. The more guitar-driven Teeth Sinking Into Heart is grittier and more defiantly cynical. Underscored by Rachael’s husky alto and expressive piano (and now guitar) playing, the two parts, when taken together, present a snapshot of the emotions that revolve around heartbreak and the inevitable challenges of relationships. Of the album’s 14 tracks, 11 were produced by Nebraska-based Mike Mogis, the multi-instrumentalist and producer known for his work with Bright Eyes, Rilo Kiley and The Faint. Two tracks, “What If I Leave” and “Horizon,” were produced by John Alagia (John Mayer, Dave Matthews Band) who also produced Rachael’s debut album, 2004’s Happenstance. The album also features guest appearances by singer-songwriters Ray Lamontagne and Azure Ray’s Maria Taylor, and Maroon 5 guitarist James Valentine.'
Pubblicato da ciciuxs a 21:53 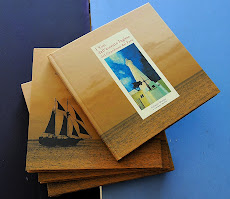 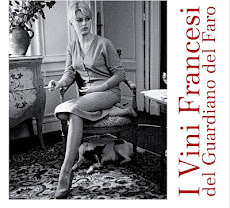